10 Easy Ways to Ensure that People Respond to Your Promotional Messages | by Nick James, The Internet Business Coach

It’s amazing to me how much advertising material I see that doesn’t ask for a response from the reader!

I don’t know what it is, but it seems to me that huge numbers of business owners aren’t any more clearer about what they should be asking their customers or prospect to do, than those of a hundred years ago.

I mean, we all should’ve learnt something by now, right?

You see, all around we’re bombarded with colourful, flashy, ‘creative’ advertising that has no other intention than to create a splash.

And by splash, I mean to attract attention without asking for any other response. It’s called image advertising. Putting one’s name in front, hoping people will buy based on that alone.

Of course, if you’re a ‘biggie’, like Coke, Pepsi, Nike, Persil, etc, you can afford to do it (though why they still do it when they can easily draw in millions by interacting with their audience is a mystery).

But, as we’re not big institutions, with deep wells of cash to then go spend it on some daft ad agency to spill their nonsense on us, we’ve got to be a little smarter, a little more agile, a little more ninja like in our approach.

So, what should we be doing that steers us away from that image-based stuff? And listen: it’s not your fault if you’ve been doing image-style advertising until now. Here’s the solution to the problem.

That is: Ask for a response. There. Pretty painless.

Now, it’d be pretty cruel of me to let this article slip by without giving you several ways to elicit a response, a murmur, a whisper from your audience (plus I would’ve skated by on my promise made to you in the article headline).

So then, here are 10 ways you can easily use to dramatically increase the effectiveness of your advertising and marketing.

1. Have a Prize Draw! There’s nothing simpler than to ask prospects and customers to call in, to fill in a form, to email you because of winning something. And let’s face it: We all love to receive prizes and gifts. Asking readers to respond doesn’t have to be fancy, complicated or boring. Something as simple as “Listen, before I go, I want to tell you that there’s a mystery prize worth £249.00 up for grabs. All you have to do is to use the offer code PRIZE DRAW when you sign up. Then, sit back and relax.”

2. Make a Free Offer! I’m sure that you’ve probably got some information that you could ask people to call in for? I mean, even a butcher can say “Drop in on the week beginning 1st October and you’ll get a special booklet called ‘Making Sizzling Dishes Using Succulent Sausages!'”

3. Something Extra if you Send Your Order With Payment! This is what we’re all ultimately looking for. “Send your cash with this order and your goods will be rushed over to you in a jiffy. PLUS, you’ll get a super little gift that you’ll never want to share with anyone. Your own super little indulgence!”

4. Filling in a Questionnaire. There seems to be more people responding to questionnaires then any other response mechanism. So, why not include one in your next communication to your audience? You don’t have to make it elaborate or make it have an award winning design. Keep it simple, to the point and of interest to the responder.

5. Visit Website. Driving people to your website, where they can get the full story, is an ideal way to get a great response. But of course, you’d better have something interesting and compelling to say that favours the reader!

6. Make an Appointment. Any business can schedule an appointment for customers. Be it by phone, call in to place of business, by email, messenger, fax, or any other way you want people to contact you to make an appointment. The most successful hairdressers, marketing consultants, party planners, estate agents, you name it, all work on a scheduled appointment basis. Can you use it in your business?

7. Make a Donation. No matter what business you have, or intend to have, you can easily hook up with a charity and have people respond to your messages where you inform them that a certain element of the sales, gets forwarded to the charity. And, if they wanted to make a contribution over a special nominated amount, you’ll be rewarding them in some way.

8. Coupon. Have you ever snipped out a coupon from a newspaper or magazine? Whether it be a discount for health vitamins at Boots, £5.00 off shopping at your local Sainsburys or Tescos, or even a buy one get one free at your local Pizza Hut. You too can (and should) use coupons as a response strategy.

9. Games and Quizzes! You know, it’s not that often people get to experience the lighter side of life. The more you can help lift the burden and weight off their shoulders for a little while, the more they’ll cherish you. If in your communications you set little quizzes, games, and puzzles where the winner will get a prize when they send in their answers, the mere interaction will soon have your readers trained to respond to you in regular intervals. Why not try it?

10. Something Controversial! Have you thought what the response would be if you sent in something controversial to your readers, prospects, or customers? I know this may not be something popular, but, it certainly creates a flurry of interest. I remember an ad where the headline said something like this:

“Another Family in John Jones Neighbourhood Will Soon Be the Victim of a Violent Mugging!”

Now, the ‘John Jones’ was the real name of a person. There was a direct mail letter sent to certain names on a database selling a set of self-defence fighting videos. The videos sold okay, but, there was a number of irate people who received the letter, upset about the headline and the thought of muggings.

Here’s what happened next:

Another letter was sent apologising profusely about any distress the letter had caused. It then went on to say that if they wanted, they could have the video set at half price as a way of compensating for the grief caused. The result? They sold MORE videos at the half price than the full price one! So, in what little ways can you spark a profitable ‘controversy’?

So there you have it. Put any of the 10 ways to work to get people responding to your advertising and marketing messages, and see your responses explode! 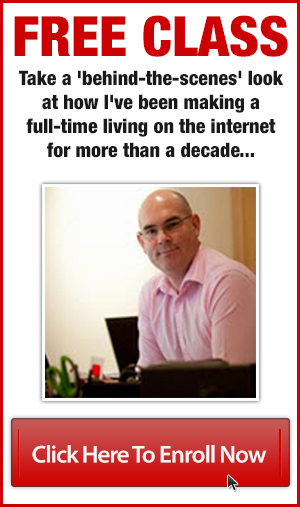